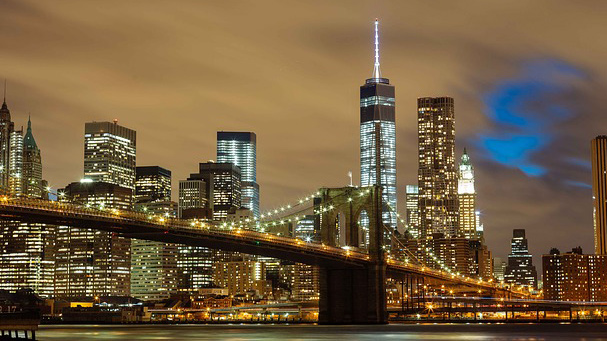 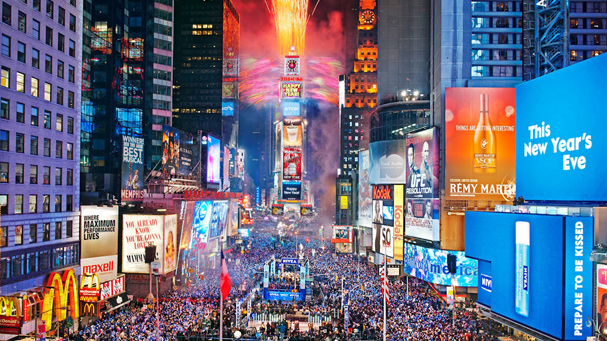 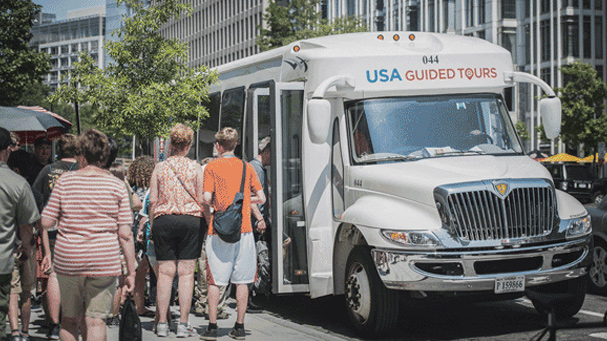 This 4.5-hour guided night bus tour includes stops at the High Line Park, Chelsea Market, Brooklyn Bridge, Grand Central Terminal, and Times Square! The tour starts at 5:30 pm in the Times Square area (7th Avenue, between 50th and 51st Streets, in the middle of the block), and ends at 10 pm at the same location.

The first stop is one of the most fascinating attractions in New York City - the High Line Park and the Chelsea Market for a quick dinner bite. The stop includes a 15-minute walk on the elevated, linear park that was originally a railway dating back to the industrial days of the west side of Manhattan.

Off to Brooklyn to make a stop at Fulton Ferry Landing, located at the base of Brooklyn Bridge, for magnificent views of NYC skyline at night! Back on the bus and passing along, we'll see the Sports Center at Chelsea Piers, the West Village, the Financial District, the most traditional side of Chinatown, and the three bridges along the East River - Brooklyn Bridge, Williamsburg Bridge, and Manhattan Bridge.

Additional sites and neighborhoods you'll also see from the comfort of your bus include Tribeca, where celebrities such as Robert De Niro and Taylor Swift live, Greenwich Village, the bohemian neighborhood known for great nightlife, the iconic Macy's Herald Square, where the Macy's Thanksgiving Day Parade concludes each year, the scenic Bryant Park, Washington Square Park, and finally, the New York Library (shown in movies such as "Ghostbusters,” "Sex and the City," and "The Day After Tomorrow.").

The highlight of the tour is a 20-minute inside tour of Grand Central Terminal! Receive a walk-through of this historic national landmark, as well as great photo opportunities of the near-by Chrysler Building.

Become a member today and receive specail discounts and offers as well as earn money by sharing links.